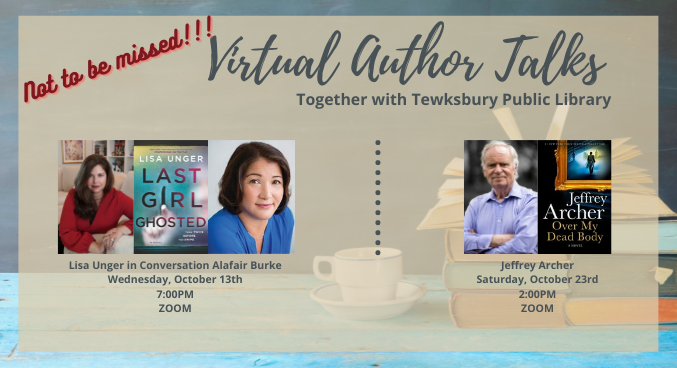 **PLEASE NOTE THESE ARE VIRTUAL PROGRAMS THAT WILL TAKE PLACE VIA ZOOM.
Registrants will receive a link to access the Zoom Meeting via email.** 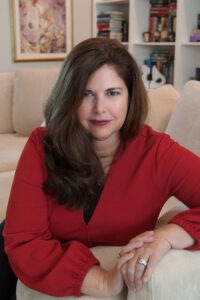 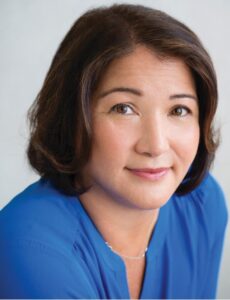 How To Register: Register HERE.

How To Buy Lisa’s Book: Signed copies of Last Girl Ghosted will be available for sale before and during the event from our bookstore partner — Haley Booksellers.

About The Author: Lisa Unger is a New York Times and internationally bestselling author. Her books are published in 26 languages, with millions of copies sold worldwide. In 2019, she received two Edgar Award nominations, an honor held by only a few writers including Agatha Christie. Her work has been named on “Best Book” lists from Today, People, GMA, EW, Amazon, IndieBound and many others. She has written for the New York Times, Wall Street Journal, NPR, and Travel+Leisure. She lives in Florida with her family. Learn more about Lisa HERE.

About the Book: Think twice before you swipe. Secrets, obsession and vengeance converge in this riveting thriller about an online dating match turned deadly cat-and-mouse game, from the New York Times bestselling author of Confessions on the 7:45. She met him through a dating app. An intriguing picture on a screen, a date at a downtown bar. What she thought might be just a quick hookup quickly became much more. She fell for him—hard. It happens sometimes, a powerful connection with a perfect stranger takes you by surprise. Could it be love? But then, just as things were getting real, he stood her up. Then he disappeared—profiles deleted, phone disconnected. She was ghosted. Maybe it was her fault. She shared too much, too fast. But isn’t that always what women think—that they’re the ones to blame? Soon she learns there were others. Girls who thought they were in love. Girls who later went missing. She had been looking for a connection, but now she’s looking for answers. Chasing a digital trail into his dark past—and hers—she finds herself on a dangerous hunt. And she’s not sure whether she’s the predator—or the prey.

About The Interviewer: Alafair Burke is a New York Times bestselling author whose most recent novels include The Better Sister; The Wife, optioned for a feature film by Amazon, and The Ex, which was nominated for the Edgar Award for best novel. She is also the co-author of the bestselling Under Suspicion series with Mary Higgins Clark. Her new novel, Find Me, comes out in January 2022. A former prosecutor, she now teaches criminal law and lives in Manhattan and East Hampton. Learn more about Alafair HERE.

This event is hosted by the Tewksbury Public Library in collaboration with Haley Booksellers and many other Massachusetts Public Libraries. 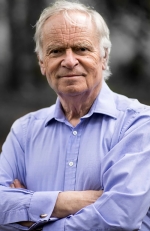 Bestselling author Jeffrey Archer will discuss his latest book, Over My Dead Body, via Zoom.

How To Register: Register HERE.

How To Buy Jeffrey’s Book: Signed copies of Over My Dead Body will be available for sale before and during the event from our bookstore partner — Haley Booksellers.

About The Author: Jeffrey Archer is one of the world’s bestselling authors, with sales of over 275 million copies in 97 countries, and is the only author ever to have been a number one bestseller in fiction (twenty times), short stories (four times) and non-fiction (The Prison Diaries). He was born in London, and brought up in the West Country. He gained a Blue in Athletics at Oxford, was President of the University Athletics Club, and went on to run the 100 yards in 9.6 seconds for Great Britain in 1966. Jeffrey has served five years in the House of Commons as a Member of Parliament, and twenty-nine years as a Member of the House of Lords. Learn more about Jeffrey HERE.

About the Book: Over My Dead Body is an unputdownable story of murder, revenge and betrayal from international number one bestseller Jeffrey Archer. The clock is ticking in this rollercoaster ride of a thriller. In London, the Metropolitan Police set up a new Unsolved Murders Unit―a cold case squad―to catch the criminals nobody else can. In Geneva, millionaire art collector Miles Faulkner―convicted of forgery and theft―was pronounced dead two months ago. So why is his unscrupulous lawyer still representing a dead client? On a luxury liner en route to New York, the battle for power within a wealthy dynasty is about to turn to murder. And at the heart of all three investigations are Detective Chief Inspector William Warwick, rising star of the department, and ex-undercover agent Ross Hogan, brought in from the cold. But can they catch the killers before it’s too late?

This event is hosted by the Tewksbury Public Library in collaboration with Haley Booksellers and many other Massachusetts Public Libraries.